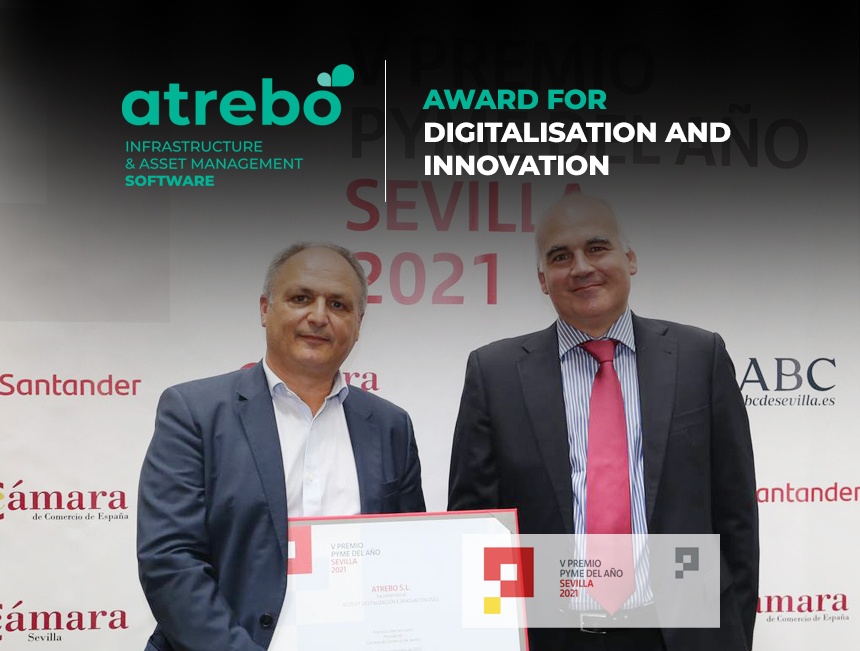 Within the 5th Seville 2021 SMEs of the Year Award, the technology company Atrebo has won the Digitalisation and Innovation Award. The prizes awarded recognise the work of small and medium-sized enterprises in the province of Seville, which is essential for job creation and improving economic activity.

Organised by the Spanish Chamber of Commerce, the Chamber of Commerce of Seville and Banco Santander, the jury assessed, in addition to aspects related to digitalisation and innovation, international activity and the company’s expansion into new markets.

Atrebo, a Seville-based company with offices in Madrid and São Paulo, specialises in the digital transformation of asset and critical infrastructure management, digitalising operations in more than 200,000 client infrastructures around the world.

A firm commitment to digital transformation

The solution developed by Atrebo, TREE platform, helps companies with critical infrastructures to optimise their operations, saving costs and improving their productivity thanks to fully digitalised management, leading sectors such as telecommunications, renewable energy and smart cities.

For these companies, having a centralised management platform represents a clear commitment to transparency and security in the management of business processes and the lifecycle of their assets, from deployment planning, operation and maintenance, to contractual and financial activity.

2020, consolidation in a year of uncertainty

For Atrebo, 2020 was a year of consolidation despite the global uncertainty, as it was awarded a new global services framework agreement with a major multinational company in the critical infrastructure sector, following a competitive process (RFQ) in which the Seville-based company beat other multinational companies in the software sector.

This agreement will allow Atrebo to reach new geographical areas such as Northern Europe, as well as the possibility of entering markets such as Asia, for which the company is working to consolidate relationships with partners in the area, optimising response times during deployment and streamlining the management of support and maintenance of new operations.

The founding of the Tower Automation Alliance in October 2020 represented a step towards the consolidation of its business and technology strategy based on agreement with industry partners.

Born in late 2020 as a partnership of vendors, technology companies and consultants, the alliance now brings together a community of more than 100 specialists working together to promote the automation of telecommunications towers, and leverage technology to automate processes related to the passive infrastructure of towers and network operators, with the aim of helping them on their way to digital transformation.

National Award for Digitalisation and Innovation

Atrebo will also compete for the National Digitalisation and Innovation Award, competing with leading Spanish technological companies, which will be decided in the first quarter of 2022.

“This recognition represents a major boost to the growth and internationalisation strategy that Atrebo has recently embarked on.”

The age of automation of telco infrastructures 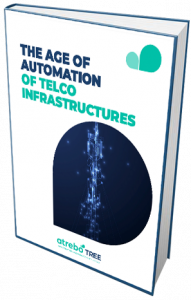